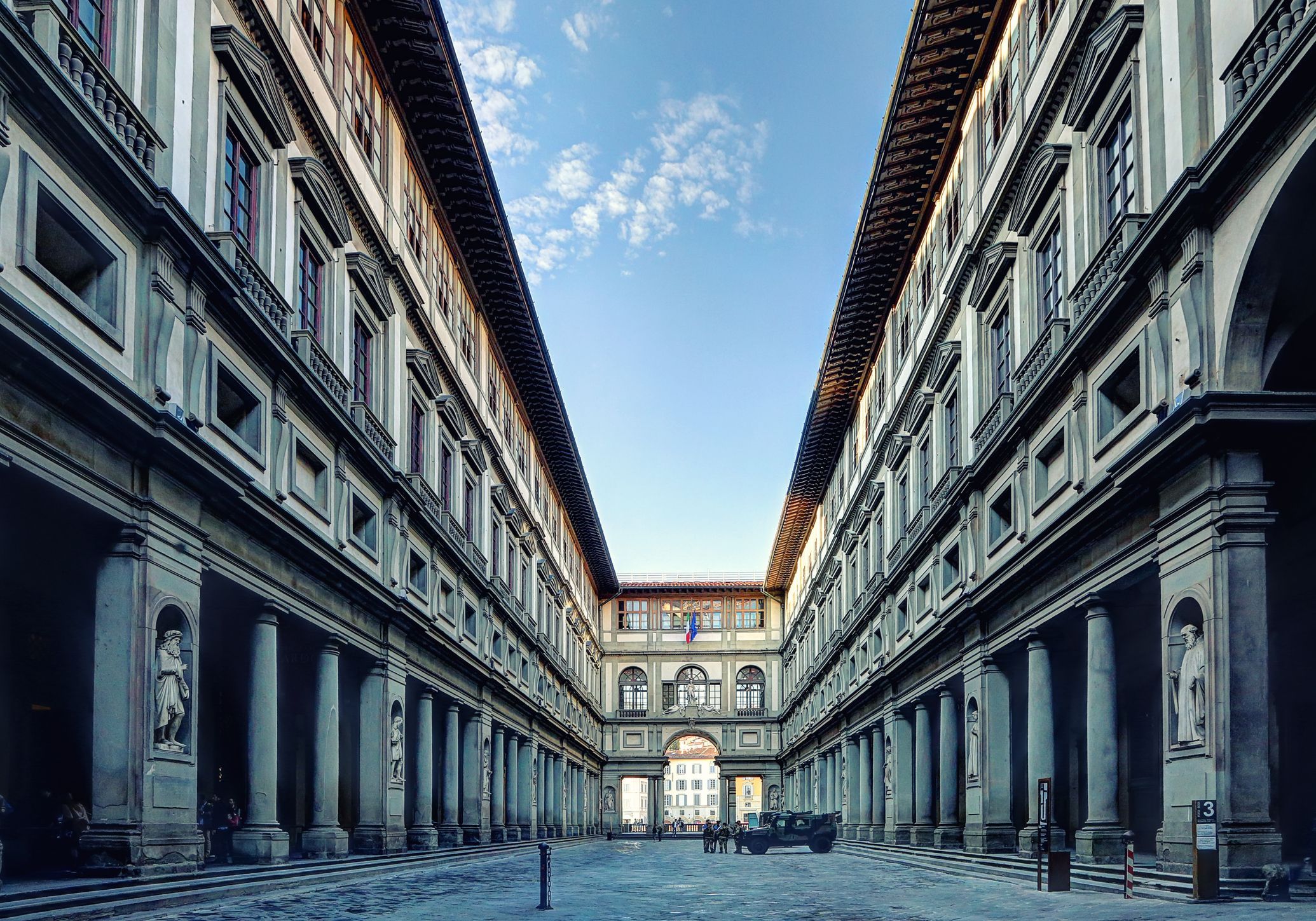 The Uffizi Gallery is a state museum of Florence, which is part of the museum complex called the Uffizi Galleries and including, in addition to the aforementioned gallery, the Vasari Corridor, the collections of Palazzo Pitti and the Boboli Gardens, which together in quantity and quality of the works collected one of the most important museums in the world. There are the most conspicuous existing collection of Raphael and Botticelli, as well as fundamental groups of works by Giotto, Tiziano, Pontormo, Bronzino, Andrea del Sarto, Caravaggio, Dürer, Rubens, Leonardo da Vinci and others. While the pictorial works of the sixteenth and baroque (ranging from Giorgione to Titian, from Ribera to Van Dyck), but also of the Italian nineteenth and twentieth centuries are concentrated in Palazzo Pitti, the Vasari corridor housed until 2018 part of the Collection of Self-portraits ( over 1,700), which will soon be hosted in the Gallery of Statues and Paintings. The museum houses a collection of priceless works of art, as a fundamental nucleus, from the Medici collections, enriched over the centuries by bequests, exchanges and donations, among which a fundamental group of religious works deriving from the suppression of monasteries and convents between the XVIII and XIX century. Divided into various rooms set up for schools and styles in chronological order, the exhibition shows works from the 12th to the 18th century, with the best collection in the world of works from the Florentine Renaissance. Of great value are also the collection of ancient statuary and above all that of drawings and prints which, kept in the Cabinet of the same name, is one of the most conspicuous and important in the world. In 2019 it recorded 2,361,732 visitors (Mibact data).

One of the most famous works in the Uffizi, Botticelli’s Venus. The painter studies nature, leaves and flowers for months to faithfully realize them in the work. 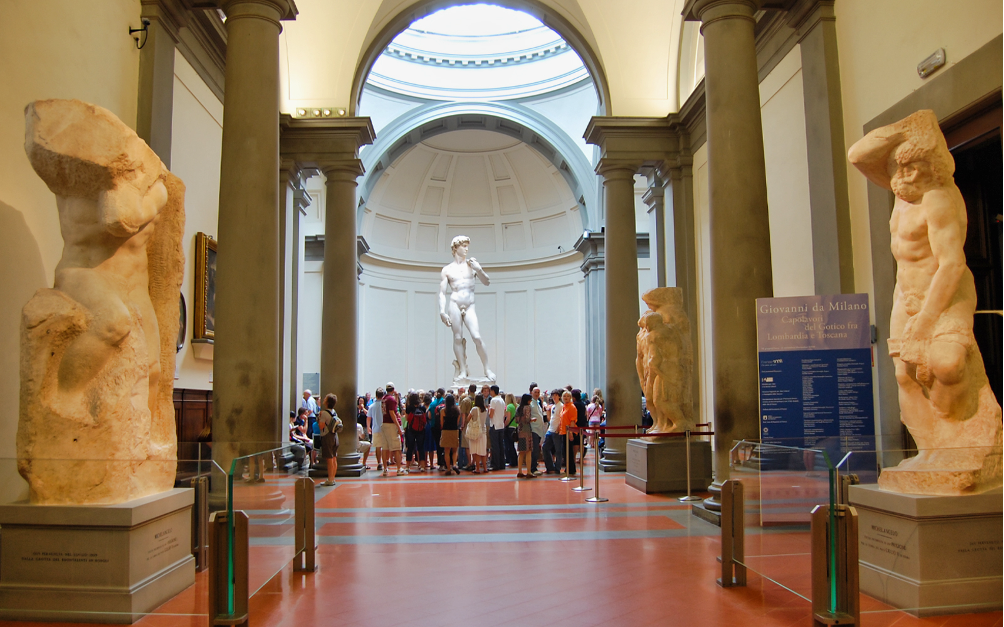 The Galleria dell’Accademia in Florence is an Italian state museum, located in via Ricasoli together with the Academy of fine arts. The gallery exhibits the largest number of Michelangelo’s sculptures in the world (seven), including the famous David. The museum also houses other sections, including the largest and most important collection in the world of pictorial works with a gold background, and the Museum of Musical Instruments, where many artifacts belonging to the historical collection of the Luigi Cherubini Conservatory are exhibited. It is owned by the Ministry for Cultural Heritage and Activities, which since 2014 has included it among the museum institutes with special autonomy.

Museo Galileo (formerly the Institute and Museum of the History of Science) of Florence is located in Piazza dei Giudici, near the Uffizi Gallery, in the Palazzo Castellani, a building of very ancient origins (late 11th century), known in Dante’s time as Altafronte Castle. It preserves one of the most relevant collections of scientific instruments in the world, material testimony of the importance attributed to science and its protagonists by the exponents of the Medici dynasty and the Lorraine grand dukes. On 10 June 2010, after a two-year closure for renovations, the Museum of the History of Science reopened to the public under the new name of “Museo Galileo”. The inauguration coincided with the 400th anniversary of the publication of the Sidereus Nuncius (March 1610), the work with which Galileo Galilei divulged his astronomical discoveries obtained through the use of the telescope.

The Museo dell’Opera del Duomo is a museum in Florence, on the north-east side of the Piazza del Duomo. It collects works of art from the sacred complex of the Duomo of Florence, Giotto’s Baptistery and Bell Tower, with a very important nucleus of Gothic and Renaissance statuary. Among the most important works, works by Andrea Pisano, Arnolfo di Cambio, Nanni di Banco, the original reliefs of the Porta del Paradiso by Ghiberti, the Pietà Bandini by Michelangelo and one of the largest collections in the world of works by Donatello, second only to Bargello National Museum.